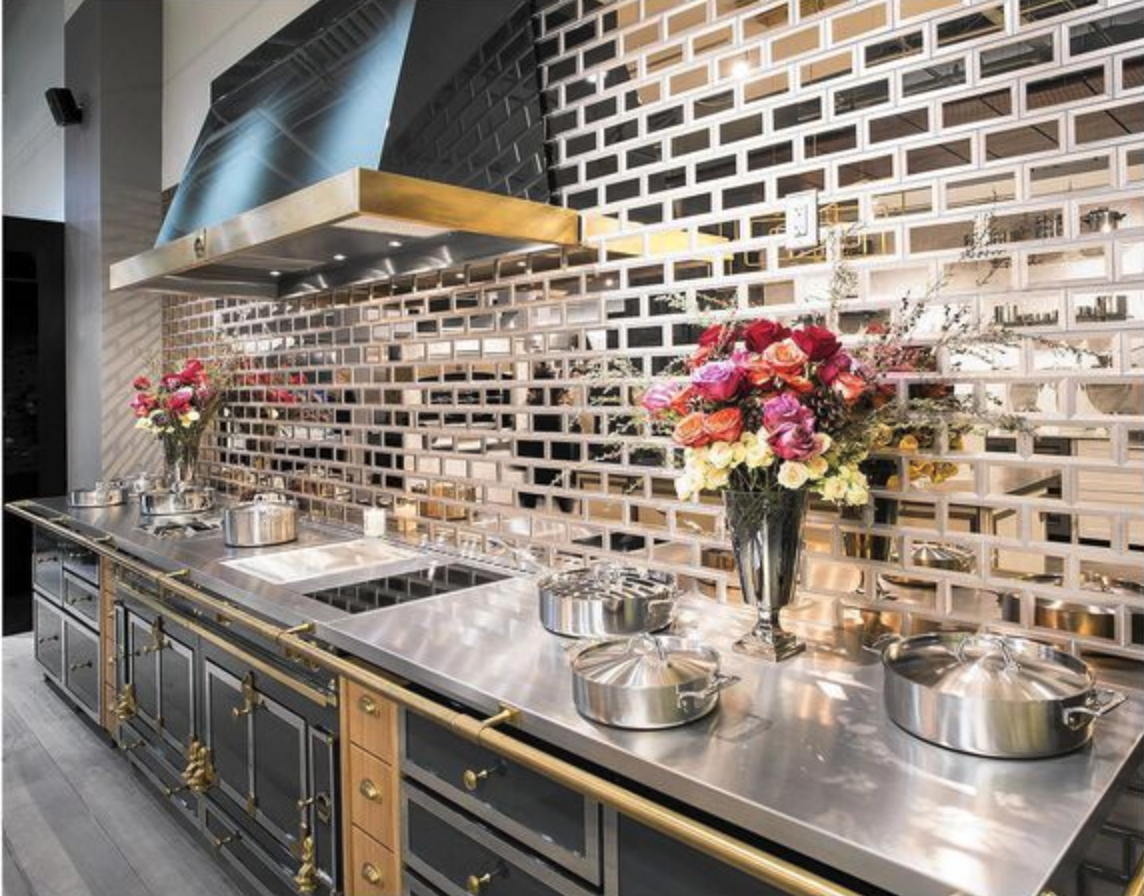 Cooking isn’t a competition unless one is on TV, but most people want to do their best in preparing and serving food and drink to family and friends. It’s that sense of love, of sharing, of spending wisely, of honoring the food being consumed and — OK, let’s be honest — doing such a bang-up job of it you’d be bragging about your skills if that culinary masterpiece on the plate wasn’t already speaking for you.

The creative cook can work wonders on practically anything, be it a campfire, a hot plate or a banged-up electric range with two burners shorted out. But there are companies out there very willing to help home chefs up their game with innovative and tech-savvy equipment.

Some of the possibilities available now to home cooks are on display in the newly opened showroom of Middleby Residential in Chicago’s Merchandise Mart. Middleby, long a name in commercial kitchens, has moved into the realm of the home kitchen, offering an array of well-known brands, like Viking Range, AGA, La Cornue, Lynx and U-Line.

Laurita designed the showroom displays or “vignettes” based on people he encountered in the Merchandise Mart. “There’s something for everybody here, he said.

The space is not a salesroom; buy the appliances elsewhere. But the showroom, with its emphasis on demos, education and interaction with staff, offers plenty of inspiration and ideas that may, in one form or another, work for your kitchen and your budget.

Walk around the Middleby Residential showroom in Suite 137 of Chicago’s Merchandise Mart, and you’re sure to find something that catches your eye. Here are some products or design features that made me look twice. Prices are manufacturer’s suggested retail price.

Impressive spin. The Flamberge Rotisserie from La Cornue looks spectacular — as it should for an appliance that costs $11,000. This wall-mounted, open-faced appliance features a powerful line of gas-powered flames burning at the bottom. The heat is channeled up the curving cast-iron back of the rotisserie, thanks to rows of large synthetic wicks. Whatever you are cooking spins on spits over a long narrow drip pan.

Open, sesame! How many times have you struggled to lift a heavy roasting pan out of the oven and banged into the burning hot oven door resting open about level with your calves?. French doors like these on this 30-inch Viking Electric Double French-Door Oven ($8,189) solve that problem. Jaime Laurita, Middleby Residential’s creative director, said this oven is a “magnet” for people coming into the showroom. “For me, and I cook a lot, I don’t want to be bending over and tipping and spilling. This is complete ease of access,” he said.

Grow your own. Trying to keep summer herbs going in pots on the windowsill is, for me, one of the hardest chores of winter. There’s never enough sun, and I either forget to water the plants or I drown them. A Viking Micro Green & Herb Growing Cabinet ($3,219) takes care of all that. This under-the-counter appliance can be programmed to give the right amount of light and water to whatever you’re growing. “For people that love microgreens or juicing or entertaining in their home, you can have … herbs growing all-year-round,” said Laurita, who was growing Thai basil in the cabinet for an event. “As a chef, I have dinner parties in here all the time. It’s so cool to take a tray out and garnish all my plates and still put it back in and continue to grow.” He said designers are putting this cabinet in kitchen islands because it is such a focal point and a conversation starter.

Fast company. Laurita jokes that he’s in a “relationship” with the 30-inch TurboChef Speedcook Double Oven ($16,959) from Viking. It’s understandable why he’s fallen for this appliance. The microwave convection oven does air crisping, roasting, toasting, baking, convection baking, defrosting, broiling and dehydrating. And it’s fast. A sheet of cookies that used to take him18 minutes were done in three minutes and 20 seconds. What’s more, there are some 999 recipes programmed into the oven.

Counter cooking. This 18-inch Undercounter Incogneeto Induction Warmer from Viking ($3,529) serves as a handy extra heat source and is especially useful when entertaining. The induction plate is mounted under the counter. Position the special Magneeto II trivet on the counter above it, put a pot on the trivet and let the food continue heating. It’s “super fun to freak people out when they come over to your house,” quipped Laurita, who noted the warmer reaches a temperature of 190 degrees and eliminates the need for chafing dishes when entertaining.

We’re smokin’. No need to hover on the patio when using the Lynx Sonoma Smoker ($2,719, built-in or countertop) “Everything on this smoker can be done from an app,” Laurita said. “You can be at the golf course and have your product in here and controlling the temperature, the smoke value, everything from your hand device.”